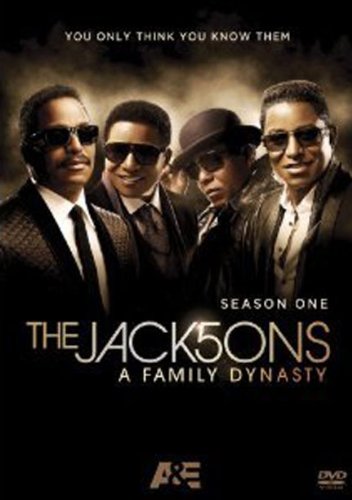 Straight from the tabloids to the television, The Jacksons: A Family Dynasty chronicles the personal and professional lives of the Jackson brothers as they reunite in the aftermath of the passing of their beloved brother, Michael. This six-hour docu-series provides an intimate behind-the-scenes peek into the daily real-life drama that the Jackson brothers experience due to the tabloids, documenting their relationships with one another, their children and their wives as they struggle to balance the demands of their professional commitments and celebrity. Prior to Michael's untimely death, the brothers planned on celebrating their 40th anniversary with the 'rebirth' of the Jackson Five and a small concert. But both the preparation and performance become extremely emotional as family members and longtime friends come out to show their support in the wake of tragedy. Primarily shot 'in the moment,' The Jacksons: A Family Dynasty also includes some documentary elements to illuminate key moments of the Jackson's legendary history. .com ---- The musical Jackson family, the artists formerly known as the Jackson 5, are way higher on The List than the Lohans, but like the mercifully short-lived Lindsay-less reality series Living Lohan, this six-episode series broadcast on A&E is informed by the absence of the family's most fascinating and talented member. Family Dynasty was reportedly conceived as a special to commemorate the band of brothers' 40th anniversary and document their plans to record a reunion album and mount a concert, their first since 2001. But tragedy struck in June 2009 with Michael's death. As the siblings grapple with "creating the new Jackson normal" (insert your own joke here), their record producer asks the key question that is at the heat and soul of Family Dynasty: "How are you going to address that the fifth member, the biggest artist in the world, is not here?" The answer makes for some queasily compelling viewing. The brothers pay lip service to Michael's legacy ("There is no way to replace Michael") while defensively insisting, "Michael's success comes from us." Don't look for much in the way of archival performance footage or actual music. Instead, there is mostly bickering and dithering. One episode deals with a fruitless "lockdown" rehearsal session. Jermaine, especially, is at odds with his siblings throughout, whether being a no-show at a photo session or announcing plans for the ill-fated Michael Jackson tribute concert without consulting his brothers. "It had nothing to do with you," he tells them in just one of many jaw-dropping moments. "There's never a dull moment in the Jackson family," he states at one point, but any proclamations of brotherly love and family solidarity ("You haven't heard the last of the Jacksons") seem more for the benefit of the cameras. Family Dynasty is rated GP (Guilty Pleasure). It is by turns exploitive, contrived, manipulative, and revealing in a way that the brothers, who served as executive producers, probably did not intend. This should be required viewing for anyone interested in pursuing a career not in music, but in psychiatry. --Donald Liebenson
Show More
Reviews

The Jacksons: A Family Dynasty

Disclaimer: The price shown above includes all applicable taxes and fees. The information provided above is for reference purposes only. Products may go out of stock and delivery estimates may change at any time. Desertcart does not validate any claims made in the product descriptions above. For additional information, please contact the manufacturer or desertcart customer service. While desertcart makes reasonable efforts to only show products available in your country, some items may be cancelled if they are prohibited for import in Pakistan. For more details, please visit our Support Page.